An update from a story in March… 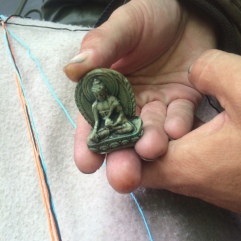 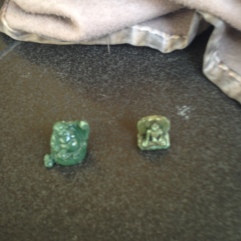 Update on the story which saw myself and a friend Julie give out two Buddhas to the same young guy in Melbourne in March . We were both unaware that we had chosen to offer the same person a Buddha on separate days.
He was an impressive young man. I usually don’t get to know what happens to the Buddhas once they move on to new pockets.
Recently I commented on a Facebook page called ‘ Humans of Melbourne ‘ which mentioned homeless on the streets in Melbourne. I was really surprised to get the response below from that same young man. I am delighted to hear things are going well for him. May it continue 🙏🏼

He said …
“I’m sure the picture of the hand you posted on “humans in melbourne” is my hand holding the Buddha. I still carry it in my pocket and was so grateful for our chat that day. At the time I was homeless and sleeping on the street, meeting and talking to people such as yourself is what really helped and inspired me to get through that tuff time in my life.
I now sell the Big Issue and am no longer homeless. ‘Humans in Melbourne ‘ have done 2 or 3 stories on my journey.
How is your pilgrimage going?

I will forever cherish the Buddha statue you gave me, i have 2 of them now as a friend of yours gave me one also. The one which represents prosperity is the one I carry around as a good luck charm. Thank you once again”

4 thoughts on “An update from a story in March…”