Daughters connected by the Buddha

I was very touched to receive this message from Itir, a mitra, from Melbourne Buddhist Centre . I have three daughters and now two of my daughters have daughters. So this story was especiailly poignant thinking about how life can be for young girls all over the world……..

Almost a year ago, on the first day of her pilgrimage, Maitripala asked if I and a few others would like to accompany her to the Melbourne CBD to give away Buddhas. From the freshly donated bunch of Buddhas Maitripala laid out at the Melbourne Buddhist Centre, I chose one which she later told me was donated by one of her daughters.

I chose that Buddha because he looked strong, reliable and determined. I didn’t give him away that day and for six months he stayed in my room, patiently waiting for the right time to be handed over into the hands of a stranger.

In October 2016 I went on a Buddhist pilgrimage to India with a group of friends and took the Buddha with me hoping perhaps he would continue on his journey there. It wasn’t until the last day of the pilgrimage at the Shravasti train station that he came out of my bag.

It was getting late and we were all very tired, standing outside the train station, waiting. This didn’t seem like a spot many tourists ended up so we were quite a sight. There were at least 20 people surrounding us, just looking at us with great curiosity.

Among the group of people there was a family of four. A couple with two young children.

One was a girl, probably not older than 5 and her younger sibling who I think was a little boy, maybe around 1.

The little girl was holding her brother who was crying a little and wanted to be let down. In response to the little boy misbehaving, their father looked at them with a frown that said if they didn’t behave they were going to be in big trouble. His frown had the potential of great violence which was difficult to miss as the little children became quiet and suddenly looked very frightened. He then picked up a piece of metal that was resting on the dirty ground and put it in the little boys toothless mouth as a gesture of playfulness. The little boy laughed.

As I watched them I couldn’t help but think of the future that awaits these two precious children who will potentially grow up in a household where they might not have anyone to protect them if things went wrong.

It can be difficult at times being a child in India. I imagine it is even more difficult being a little girl in India. I felt there wasn’t much I could do to help them so I did the best I could and gave the little girl the strong Buddha wishing her to be protected by the Buddha’s blessings. She looked surprised but took the Buddha and showed it to her brother. Her father then picked up the Buddha, and for a second I thought he was going to throw it away but he gave it back to her. We didn’t exchange any words except I told them that it was the Buddha and they told me her name was Lakshmi. Shortly after I had to leave to find our train at the train station.

I sometimes wonder what Lakshmi is doing and whether she is safe and if there is anything I can do to help her. My heart opens and I feel sad at my inability to protect her and all the vulnerable children of this world, but I also know to feel the suffering is the first step to becoming something more than this limited self, perhaps a strong, determined Buddha that can finally be of benefit to all beings. Thank you dear Maitripala for creating the opportunity for this encounter. Much love…. 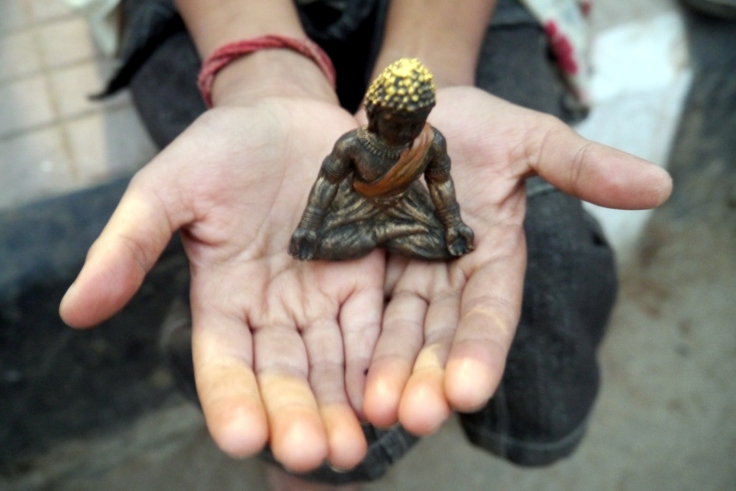 As an addition to my previous post about wearing my kesa…..let me introduce you to a wonderful woman from India , Vajradharini , who hand stitches all our kesas. 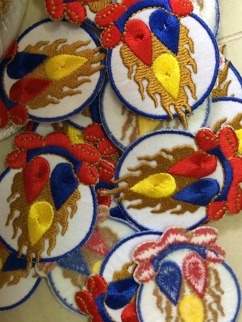 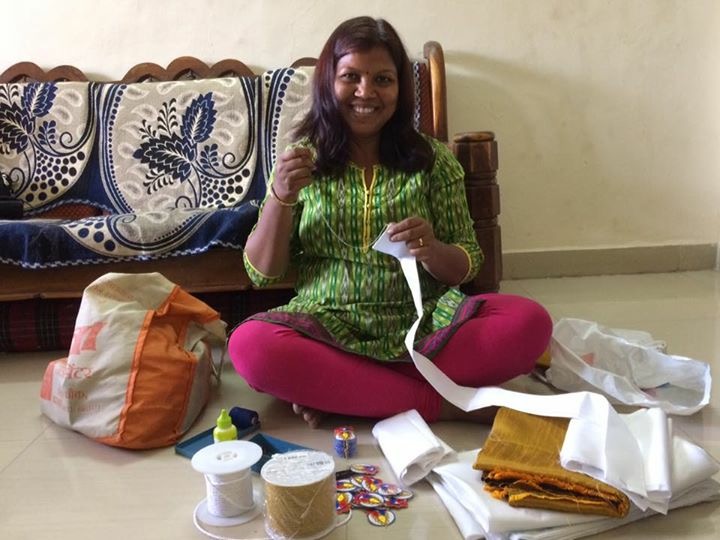