The largest two Buddhas in my bag landed in the hands of two little princesses (well they did have princess skirts on).

Four and six year olds don’t fuss much with detail and I discovered they make their minds up really quickly about anything.
When I asked them what was it they liked most about their Buddhas they both said in unison, “All of it!” 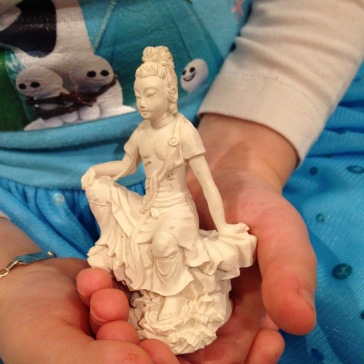