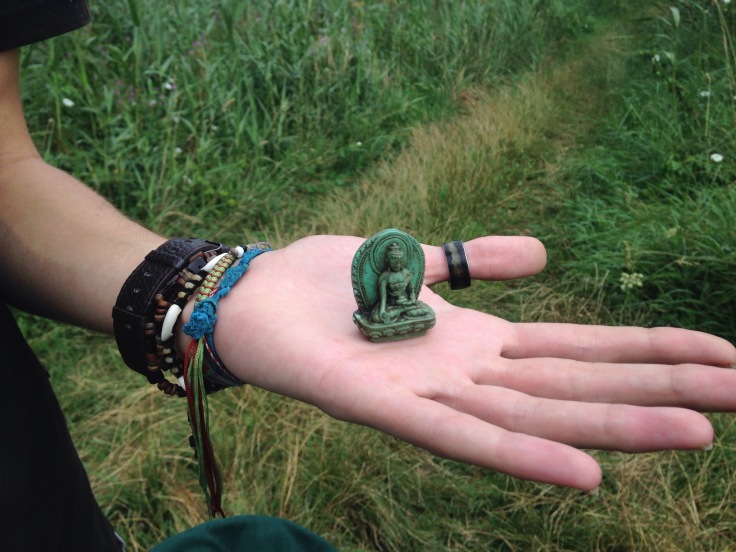 I was curious about the tall, young man who was walking the Wicken Fens nature reserve trail at the same time as my friend and I.
There was something about how present in the landscape he seemed to be.
And he was alone.
Alone and very mindfully present to his environment.
Sometimes we passed him standing very still by the water or peering silently across the massive sea of reed beds.
As we emerged from a bird hide he was there again, camera out and looking up into a tree.
We began to talk and it was in this way that I met an odontologist for the first time- a scientist studying dragonflies.
His eyes were shiny and alert and he just seemed very happy.
As we chatted, my friend and I learned that this young man had as a young boy discovered his passion for being in and observing nature.
He went on to engineer his education path to lead to a current dream job living in Vietnam observing and recording dragonflies in the lush forests. He had found two new species and was in the official process of naming them. Now he was briefly back in the UK for a wedding and on his spare day was delighting in the dragonflies of the Fens.
A wonderful benefit of meeting someone ‘living’ their passion is that they usually happily share some of that passion with you.
We learnt so much about dragonflies. We continued our walk,occasionally still crossing paths with him. In one twenty minute gap we had not seen a dragonfly at all whilst he had had spotted 6 different species!
And at one point, like in some kids’ adventure storybook, he pulled out a telescopic poled net out of his back pack and gently caught one to show us its stunning teal patterned body up close.
When he next passed us as we sat having lunch, I took a plunge and invited him to choose a buddha from the small pack of 3 buddhas I was carrying with me.
He had been in Buddhist temples often in Vietnam and he chose a Ratnasambhava buddha because he was attracted to the posture.
With this buddha, one hand is stretched out upturned in the gesture of generosity.       It also represents abundance.
This young man had really been so generous with sharing his time and passion with us so I wasn’t surprised he connected with the qualities of this buddha. He seemed really pleased with it and said that it ‘ made my day’.

But he made our day, made our day different to what it would have been, without the spontaneous, interesting connection that can happen when moving towards strangers with curiosity.